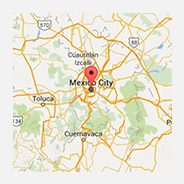 CyberPower Systems, Inc., one of the fastest growing power protection manufacturers worldwide, today announced the opening of its new facilities in Mexico City, Mexico. “We’re excited about the continued growth and demand of our products in the expanding Latin American market,” explains Dan Ayala, Vice President of Worldwide Sales with CyberPower Systems (USA). “The Latin More > 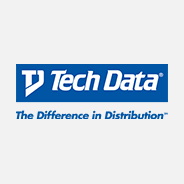 CyberPower Systems, Inc., the fastest growing power protection company in the IT Channel, today announced a distribution agreement with Tech Data Corporation (NASDAQ: TECD) and will market and sell its line of uninterruptible power supply (UPS) units to solution providers throughout the United States. 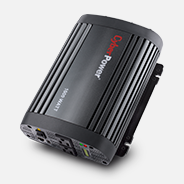 As consumers increasingly expect to use their latest AC-powered electronic devices “on-the-go” they also need DC-to-AC power inverters that can power those devices. The recently released CyberPower CPS200AI, CPS400AI, CPS750AI, and CPS1000AI power inverter models are all designed to provide the consumer’s most popular features for on-the-go power. In part, those features include: an On-board More >

The past few years have seen rapid increases in energy prices as well as an increasing environmental awareness by consumers. For these reasons, CyberPower Systems has developed an uninterruptible power supply (UPS) technology that reduces energy consumption — GreenPower UPS™ technology. CyberPower is committed to leading the UPS industry in Green UPS designs that reduce More >

According to a recent IDC survey, Green IT is a growing, global market reality, with customers seeking out IT suppliers whose offerings are more energy-efficient, conserve more material, less hazardous, designed for greater recyclability, and supported by end-of-life recycling programs. CyberPower has taken a comprehensive approach to creating Green IT business practices in the uninterruptible More >

Today CyberPower announced the immediate availability of the OR1000LCDRM1U, and OR1500LCDRM1U, enabling companies to deploy Smart App Intelligent LCD Series UPS units in both 1000VA and 1500VA one-unit rackmount form factors. “We’ve been fielding requests for Smart App Intelligent LCD Series at 1000VA and 1500VA at a 1U rackmount configuration because the 1U size allows IT More >