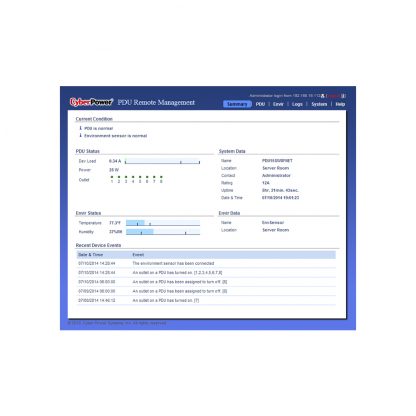 The CyberPower Management Console is a Network Management System (NMS) that provides real-time remote power monitoring and control of Power Distribution Units (PDUs). This useful hardware interface is built into CyberPower Switched and Monitored PDUs. For both Switched and Monitored PDUs, the Management Console enables administrators to perform operational tasks, such as load monitoring and event logging via email, text, or SNMP trap notifications. With a Switched PDU, it enables manual power cycling to restart unresponsive devices and allows for scheduled power cycling of outlets and/or load shedding for specific devices connected to the PDU.