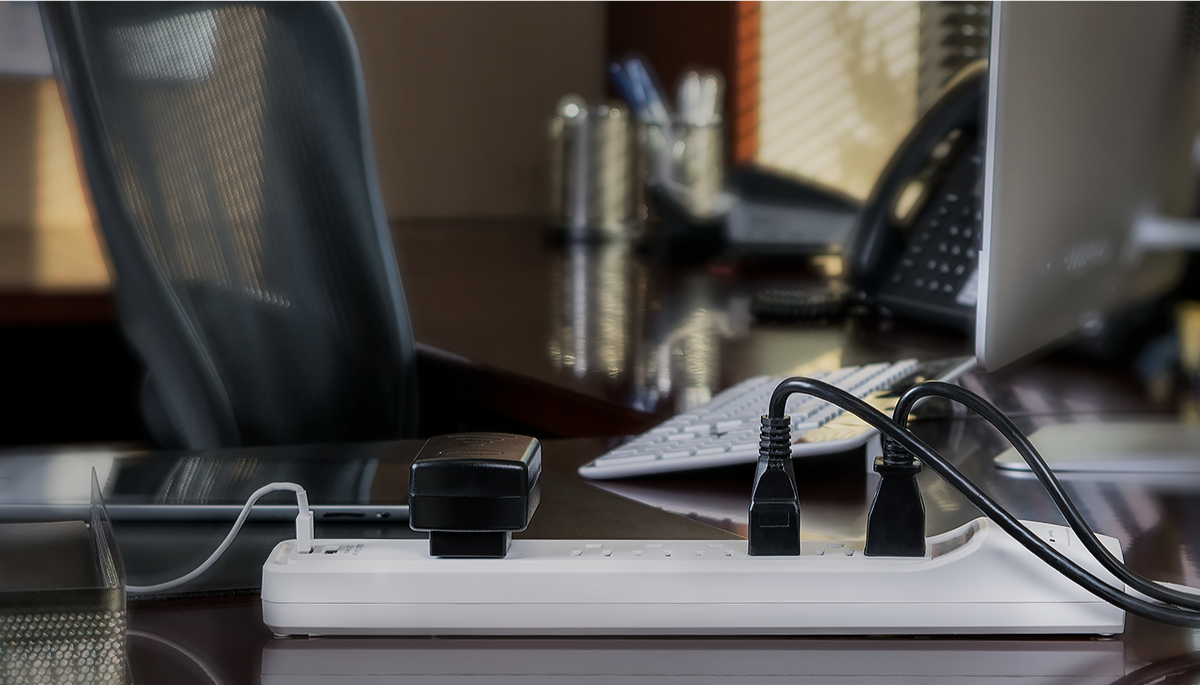 Every home and business experiences power surges and spikes. The U.S. is hit by over 20 million lighting strikes every year, but lightning isn’t the greatest threat. Most power surges are generated from power utility spikes and large electronics cycling on and off. In fact, these sudden power surges may occur a dozen times a day, upsetting the steady voltage flow in the electrical system. These smaller, repeated power surges may damage your electronics and can eventually cause devices to malfunction. Unlike high-level power surges, low-level surges won’t blow fuses or trip circuit breakers, but they can cause gradual degrading of internal circuitry and permanently damage equipment.

What is a joule?
A joule is a unit of measurement of energy released over time. A surge protector joule rating indicates how much energy it can absorb before it fails. Energy is expressed in watts. A watt is the amount of energy (in joules) that an electrical device is burning per second. The conversion formula from watts to joules is:

For example, a 60W lightbulb burns 60 Joules of energy for every second it’s lit up. A surge protector with 3,000 joules can absorb energy surges totaling up to 3,000 joules. It’s important to note that surges have a cumulative effect. Each time a surge occurs, the joules required to absorb the surge are permanently destroyed. 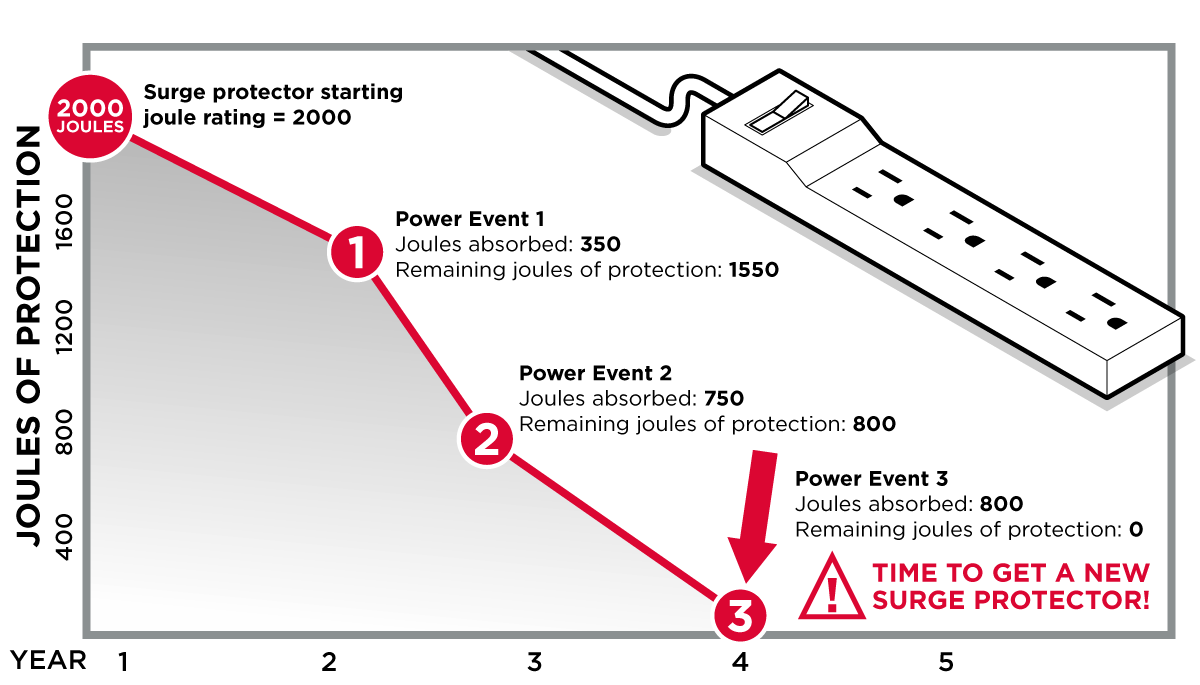 How a joule works in a surge protector.
The number of joules is dependent on the number and size of Metal Oxide Varistors, also known as MOVs. Multiple MOVs work together to give a surge protector its joule rating. As shown in the example below, an 1800-joule surge protector will most likely have three 600-joule MOVs. Surge protection is also offered on Uninterruptible Power Supply (UPS) systems, with outlets marked as either “surge protection” or “battery backup”. 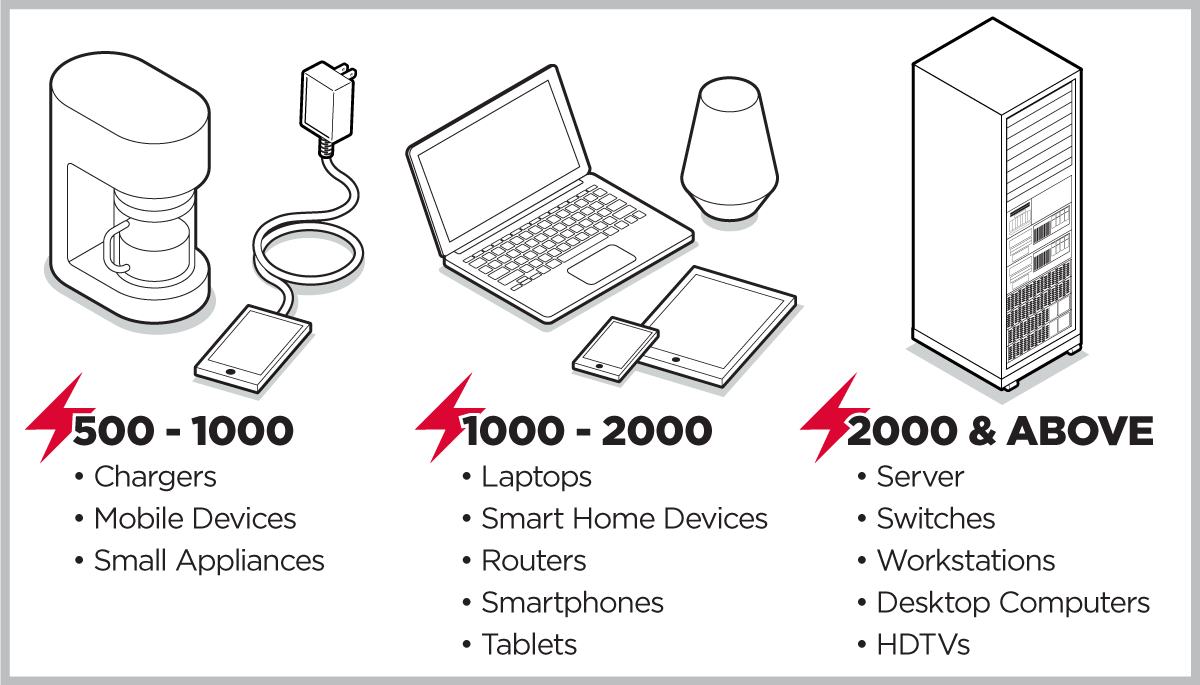 Any electrical device containing a microprocessor needs surge protection because even a 10-volt fluctuation can disrupt operation. Microprocessors are found in most home and office electronics including computers, networking equipment, point-of-sale devices, printers, modems, phones, and audio/visual equipment.

Watch out for the lights!

Depending on how many power surges occur, surge protectors will gradually lose power protection and generally last three to five years. If you’re unsure the status of your surge protectors, it’s better to replace them with ones with higher joule ratings that include LED lights to indicate connected electronics are protected.

CyberPower can help you find the right surge protector for your needs. Visit our Surge Selector or Choosing a Surge Protector. CyberPower is your ultimate ally in power and provides solutions to all your power protection needs. 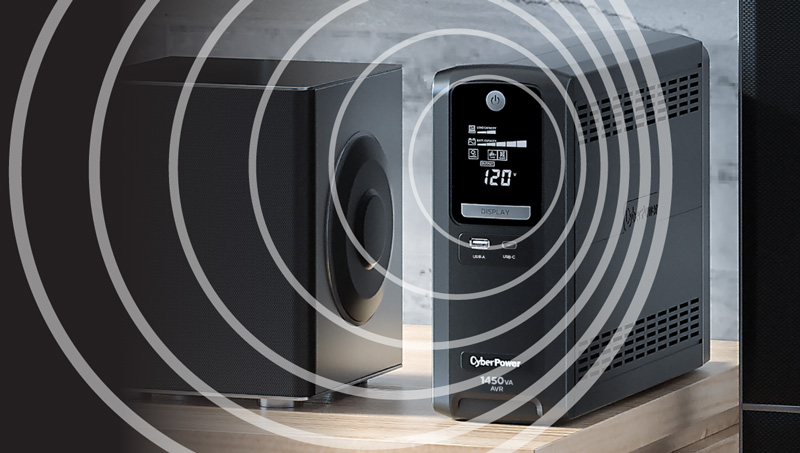 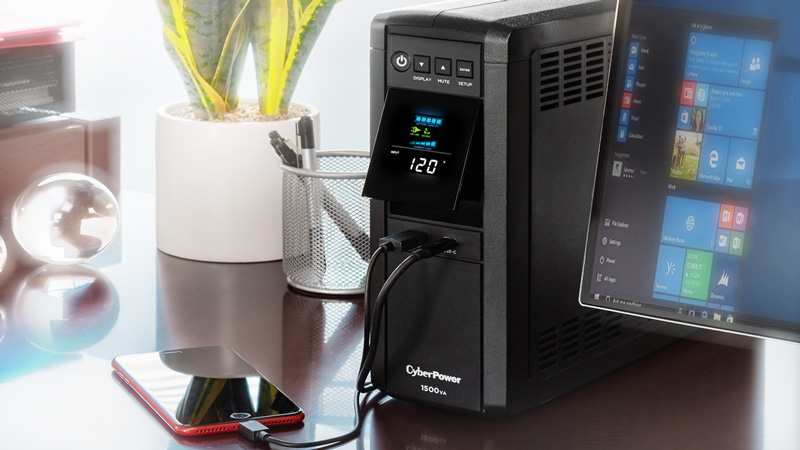 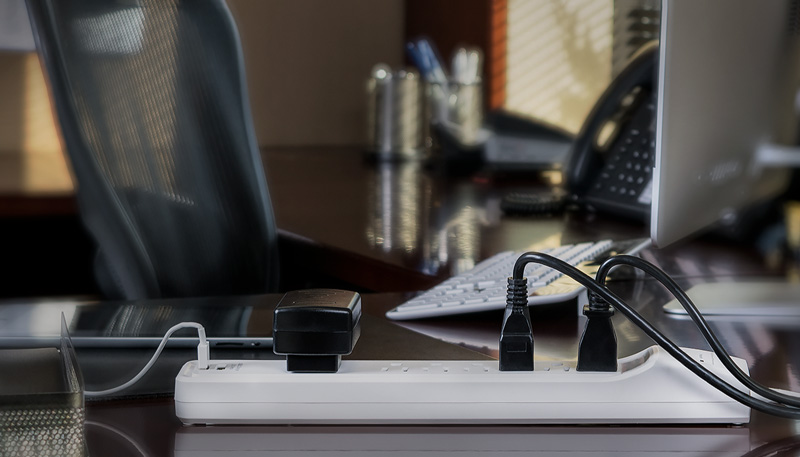